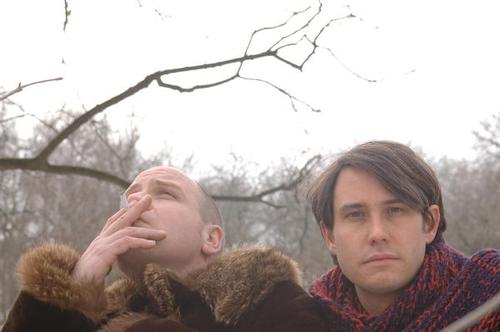 A rather dark pop track with a muted bassline that haunts.   Kinda reminds me of a cross between The Postal Service and Camouflage.   This track is taken from their 2006 release “Three”

The project Phantom/Ghost was formed in a hotel bar by producer and musician Thies Mynther (Stella, Superpunk) and Tocotronic’s singer, songwriter and guitarist, Dirk von Lowtzow – both heroes of the music scene in Hamburg, Germany. The band’s first and self-titled album was released in 2001. The second one was called “To Damascus” and released in 2003. In 2006, Phantom/Ghost released their most recent album, “Three”.

Phantom/Ghost – Relax It’s Only A Ghost