Lets start with the obvious, two tracks on this list would hardly be considered electronic but they won my heart this year and have been included on this list (Telekinesis – “ Dirty Thing & Graffiti6 – “ Stare Into The Sun). Also note that one track, Bloodgroup “ My Arms”, was released in 2009 but I somehow missed this hidden gem, so it’s included in this list as well. Without further delay, let’s get onto the music.

This track just has that 80’s Culture Club vibe on it that I dug all year.

Self indulgent, yes. DO I CARE? No.  So let me illuminate the situation.  I am one half of Drop and Solo — me being the “Solo” part and was quite proud of this demo, so it makes the list.  It features Will Curry on vocals and has a chilled house vibe to it.  So please enjoy and share!

Ahh, it’s been said one too many times, but yes i’ll say it again, FM Belfast is a modern day Human League, but from Iceland.   This track is taken from 2010 full length release, ” How To Make Friends.

FM Belfast –  I Can Feel Love

Rocking as only the Teddybears can is a loud and ruckus track with a fun hook. Did I mention it has one of those Disneyland electrical parade type sounds in the  chorus? Yeah, one of those and it rocks.

Smooth and cool with warm vocals is the sound of Monarchy.  Their entire 2010 release is solid from start to finish and shouldn’t be missed if you are a fan of Maroon 5 type vocals married with electronic elements.

One of the best presents I received in my inbox for 2010.  The majority of tracks I receive never make it on my blog because of one simple rule: Would I listen to this on my iPod? If the answer is “No”, then I delete-delete the email and carry on.  This one however was one of the rare exceptions that actually got me to say hell “Yeah” I would listen to this and I want to tell the whole world they should check this one out.

Conner blends electronic pop with a banjo and a driving dubstep bassline with such ease it’s hard to believe it hasn’t been done before.

Yes, it’s my dear Whitey at 19.  I hope 2011 gets Whitey more exposure and airplay.  This guy just has “it”.  You can hear the love and devotion he puts into his music.   This isn’t by means a “slap it together” and see what happens production.  Whitey delivers sharp, cunning lyrics and marries them to something fresh and unique.  He is not one to stand around and wait for the world to catch up. So be forward thinking and give this track it’s proper due.

Oh my, I just love the hell out of this track.  I have a soft spot for vocal house that leans on the more minimal deeper side of things and Storm Queen delivers on this track. Storm Queen” is the moniker of one Morgan Geist. Damon’s voice just sets off the track and word has it that he meet Morgan while he was busking in a NYC subway.

Hard edits and a funky house beat go a long way with a brilliant vocalist.  For some reason this track has a early Micheal Jackson feel to it.  Perhaps it’s that driving kick and snare ala Billie Jean.  Whatever the case, I get lost in the groove of this track.

Its funny how a finding a track can change my whole day. It’s like falling in love at first sight. You feel a glow radiate from the center-out and can’t contain the  excitement of it all.  Such was the case of finding the beautiful heart wrenching track from Bloodgroup.  Now technically, this was released in late 2009, but your’s truly didn’t stumble upon it till late 2010, hence the inclusion on this list.

If you like melancholy vocals, minimal electronic elements, and a heartbeat beat, then you are in luck.

Releasing a rather well produce album is Chew Lips at the 15 spot on the list. Up front vocals and fx treated synths lay in store on this track. Semi-rock, semi-pop, but very much melodic electronic pop.

The sweet sound of northern soul married with rock pop sensibility is a win-win in my book. Graffiti6 is a collaboration of music producer Tommy D and singer songwriter Jamie Scott. 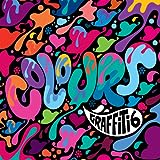 Graffiti6 –  Stare Into The Sun

After gushing over Discovery last year (Discovery is  the side project of Vampire Weekend keyboardist/arranger/producer, Rostam Batmanglij, and Ra Ra Riot frontman Wes Miles) it should come as no surprise that I would have a soft spot of this track.   On this track Vampire Weekend expands their palette to include more synths and electronic textures, and I just adore Ezra’s vocals. So this is a slam dunk in my book.

What a beautiful and striking voice and well crafted song to boot.  The melody on the chorus is just so damn good.  If you like Marina & The Diamonds, then is something you don’t want to sleep on.   This is just one of three demo’s that make my best of list this year!

Yes, I know I label this list as “Top 25 Electronic Pop Singles of 2010” but this indie pop track couldn’t be denied.  Every element is placed in perfect concert in the track.   Love the bass and tambourines with the organ stabs, just so delightful.  Telekinesis is a Seattle based band and this track was taken from their latest ep on Morr Music called, Dirty Thing.

Yes, I have a love affair with Miike Snow. For those that remember my 2009 list, I had Miike Snows’ track Cult Logic as my top pick for 2009.  So once again Miike Snow is in top 10 list for 2010, however this time joining forces with Crookers.  Crookers released their  Tons Of Friends LP which saw them joining forces with the likes of Roisin Murphy, Kid Cudi, Soulwax, will.i.am, and others on a massive 22 track album.  However, the standout for me was this track. 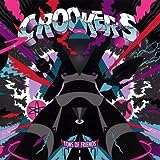 This was the first single from CEOs’ full length album, White Magic. I was so hyped on White Magic based on this single.  However I was disappointed that the rest of the album didn’t come near the magic of, “Come With Me”.  “Come With Me”, is a really well crafted track that makes creative use of a string sample. It’s just the right amount of twist on the sample that makes this track stand out.  Ceo is the solo project of  Eric Berglund of  The Tough Alliance.

Ceo – Come With Me

From Hot Chip’s 2010 full length release, “One Night Stand”, is a beautiful melancholy piece of music. This track also produced one of my favorite music videos of 2010:

Has that cool deep house flavor but is propelled with Giselle’s sweet vocals.   This track  is soooo smooth and chilled, it was guaranteed to be in my top 10 this year.  This track also sits nicely next to Phonique’s track, “You, That I’m With (Ft. Ian James Whitelaw)”

Great mix of pop and progressive house that makes for a perfect blend.   I like the way Adrian uses the guitar samples in a rather odd fashion but gels so nicely in the arrangement with the vocals.

Yes, this is the track I was tipped off to by Dan Black via his tweet.  This is track sounds so fresh, made for the next decade. Jai Paul sets his delicate vocals against a dark throbbing bass, and a diplo-esque beat.  Think Burial meets Prince and you’ll be about 90% there.

He signed to XL records at the end of 2010 and his debut album is expected to drop next year.

WARNING: This track starts off really quiet, so hang-in there for about 15 seconds.

4. LCD Soundsystem – I Can Change

The lovely synth drenched “I Can Change” is an ode to all 80’s synth music lovers.   If there was one sound that was revisited in last few years in music, it was the sound of all things 80’s.  So are we to expect more 90’s type genres making a revisit for the next decade?   For example Grunge or better yet, Trip Hop? Mhhh… only time will tell. But one this is for sure, LCD Soundsystem’s album “This is Happening” was a solid release for 2010.  By “solid”, I mean you should really go out and get this album.

LCD Soundsystem – I Can Change

In effort to make music sound like water, Caribou produced one hell of a track in Odessa.  Something so unique and beautiful it took me on a journey the first time I heard it.   Somewhat psychedelic in approach, but electronically reverent for 2010.

2. Trentemoller – Even Though You’re With Another Girl (ft. Josephine Philip)

The Location: A Dark Cabaret
The Story: A vampire who is morning her lost love
The song: Trentemoller’s, Even Though You’re With Another Girl
If ever there was a track that conjured up a movie in one’s mind, this is it. So atmospheric, brooding and dark lined with the ting of lost love. This track can be found on Trentemoller’s second full length album entitled, Into the Great Wide Yonder.   Did I mentioned I love, love, love this track?

Trentemoller – Even Though You’re With Another Girl (ft. Josephine Philip)

Mister Mark Ronson, thank you sir for providing not only my favorite track of 2010 but also producing my favorite video of 2010.  MNDR’s  vocals on this track took me back to the days of listening to Missing Person’s Walking in LA, but the use of the synth stabs and the vocal stylings of Q-Tip just took it up a couple more notches.  Really love how Mark produced the drums on this track by giving it an unconventional drum line in the verses, something you don’t hear everyday.