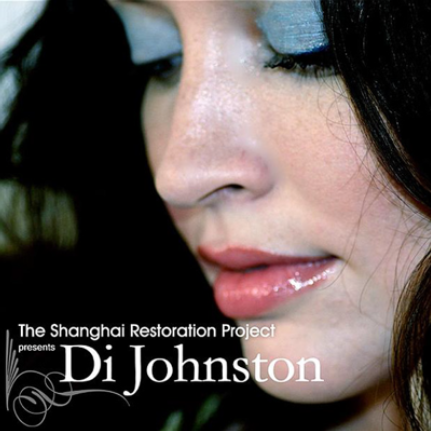 Track has a slight vocoder effect on the vocals over the chorus that works wonders for this track. Think Royksopp vocoders meets mellowed out electronics.

Di Johnston was born in Hong Kong to two US diplomats. After stints in mainland China and Virginia, she moved to New York where she began her performing career.

Within months of arrival, Di began to establish herself as a voice-over actor in NYC. She became the voice of many commercial campaigns, including Lincoln Mercury, Pantene, Lenscrafters, Verizon Wireless, PNC Bank and CMT. In 2006, she was selected as the announcer for the Miss America Pageant.

Recently, Di began applying her vocal talents to various musical pursuits. After releasing a few tracks on producer Dave Liang’s Shanghai Restoration Project to an enthusiastic response – her song “Jade Buddha Temple” was featured as the single of the week on iTunes Japan and played on KCRW’s “New Ground” – Di decided to take the sound one step further and record her own EP. She wanted to mix in some Chinese instruments as a nod to her upbringing, and decided to tackle the ubiquitous theme of flawed love without taking the subject too seriously. Liang’s astute production and musicianship were the keys to creating a lush layering of music and vocals to complement Di’s naturally seductive voice.