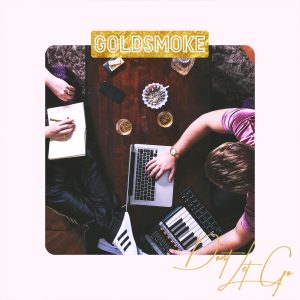 Soulful pop with a bit of funk on this new release from Goldsmoke.  That dirty bass and swirling synths are sweet ear candy.

North London siblings Tom and Nick have always had music in their blood. The duo wanted to take the slick beats of the future soul movement that they were playing at parties and marry it with the songwriting of the greats such as Stevie Wonder, and Michael Jackson. Between them they have done work with Elton John, The Streets, Tinie Tempah, Stormzy and Shift K3Y, graced the stage at Glastonbury, have had multiple radio exposures and created music videos featured in movies.

‘Don’t Let Go’ – Goldsmoke’s signature spin on the rnb classic is filled with sweet guitar lines, juicy talkbox harmonies and the most burning horns of the year! This is the slinky, sexy future soul remix that’ll get heads nodding and bodies moving all summer.