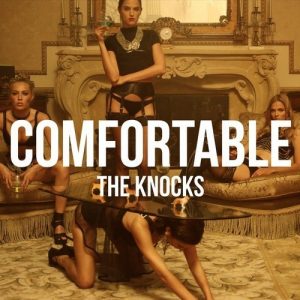 While I patiently wait for a new Discovery album, this will do.  Lead singer from Ra Ra Riot and well as Discover, Wes Miles, joins forces with The Knocks.   Rather soothing house track with a little acid house thrown in.

Discovery – I Wanna Be Your Boyfriend (ft. Angel Deradoorian)

Fans of bookish, polo-shirt’d, sea-breezed Ivy League indie-pop, get ready to get your party on. Or, um, something like that. It’s time to discover Discovery. That’s the side project of Vampire Weekend’s keyboardist/arranger/producer type, Rostam Batmanglij, and Ra Ra Riot frontman Wes Miles. Where their main bands ‘whose respective debut discs, Vampire Weekend and The Rhumb Line, were two of 2008’s best albums’ play preppy, jangling, twee tunes, Discovery do something distinctly different.