Fun and upbeat indie / synth pop number that infuses a bit of that Prince swagger. 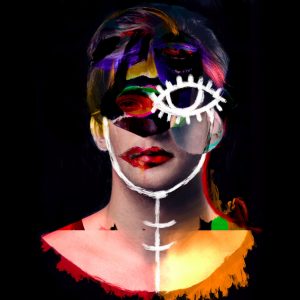 The first time I heard this song it floored me and I continued to play it at least 5 times a day since.  Just a sweet and savory mix of electronic beats and soulful vocals from Francis Novotny.  Easily one of the best tracks I’ve heard this year.

Raised on the eclectic record collections and role-model influence of five older siblings, shortly after school he moved to Paris to ostensibly study French (but in reality, to work on his music in the relative peace of a quieter household).

Here, for a brief time Francis felt compelled to try his hand at making House, before finding his voice (quite literally) in the crowd: now Novotny draws on a colourful and varied mix of styles (glitch-hop, R&B, electro-soul), seemingly as influenced by Hudson Mohawke and Cashmere Cat as the genre-mutating qualities of Gorillaz.

A glimpse into this eccentric world-view was suggested by ‘Hit & Run’, a playful and experimental instrumental cut quietly uploaded before today’s introduction of ‘Between The Lines’ (all juddering synths, crisp beats, and the first evidence of Francis’ ghostly, romantic vocal). A refreshing and unpredictable new talent.