If you don’t recall the original house number by Rozalla you might be overlooking genius this is. Solomon Grey took what was anthemic house number and placed it into another world with a much more intimate setting. This version has a melancholy feel, orchestral elements and a bit of post apocalyptic feel. This cover would sit beautifully at the end of a movie of where this is mass destruction but the victors are finally free of tyranny. Yes, very cinematic. 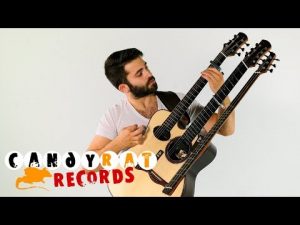 Not only is this video captivating to watch but he does a bang up job of nailing the groove on this track.

About the track:
Luca just release his second Abum “What If?”alt The 29. Sept. 2017 with six amazing Covers/Arrangement and four Originals. The Video “Feel Good Inc.” went viral on Facebook and reached more than 20 Million views in only two weeks. Some of the leading music-magazines already took notice and discovered th amazing guitarist and honoured the Album with great reviews. Luca plays a triple neck guitar he invented to be able to play the chords, vocal-line, bass-line and somehow the drums & percussion at the same time. A very impressive and still undiscovered artist who ist breaking all rules of playing and musically arrangements. Luca was born in italy He lives in Germany since two years together with the german Singer/Songwriter Meg Pfeiffer. Together they are playing on a world tour since this month.