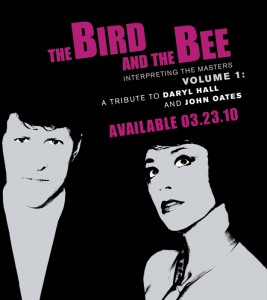 Big shout out to a friend of my tracking this down and sending it my way, much appreciated.   I myself am a fan of the pop creations from Hall and Oates and I’m looking forward to hearing new  interpretations  with the “Bird and Bee” sound.   The Bird and The Bee are releasing a new album on March  23rd called, “Interpreting the Masters, Vol. 1: A Tribute to Daryl Hall & John Oates”.

Here’s the description for the album up on Amazon:

“The Bird and The Bee have been known to recreate 80s pop hits into unique and contemporary gems for the new millennium. With Interpreting the Masters Volume I, Greg Kurstin and Inara George go one step further and pay homage to one of the greatest duo’s of that time Darryl Hall and John Oates. Classic material is reinvented through Kurstin’s sleek production and George’s sweet lyrical delivery”

You can preview the album on Amazon.com  here

The Bird and The Bee – Private Eyes (Hall and Oates cover) 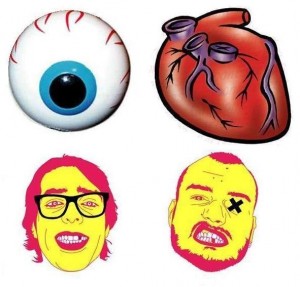 Yet another  compelling  track from the forthcoming full length by Crookers.  This time we hear them team up with Yelle. 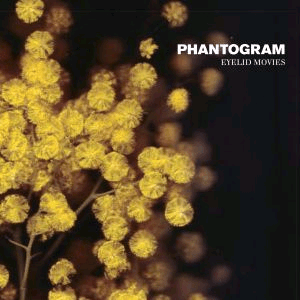 Ahh, some music with a little grit and dirt on it, love it.  Phantogram are a NY duo of Josh Carter and Sarah Barthel.  The duo has Trip Hop elements with indie pop sensibilities.  Look for their full length album out on February 9th on Barsuk Records.  Be sure to check out their other track, “Mouthful of Diamonds“, which has this squeaky synth that just bring a smile to my face.

About Phantogram:
“A refreshing, unusual and diverting first record from two new talents, and one to recommend for jaded electro and indie fans who felt the New York scene had gone as far as it could with art-skronk.”

Phantogram’s music sounds like it’s made by a band from the city. Electronic loops, hip-hop beats, shoegaze, soul, pop – each finds its way into their songs. Unexpectedly, the band doesn’t live and work in a major urban center, but rather calls the town of Saratoga Springs, NY (population 26,186) home. Despite the cultural influence of local Skidmore College (where fellow beat-experimenters Ratatat formed) and a relatively small scene of adventurous musicians and listeners, Saratoga isn’t exactly teeming with fans of J. Dilla, My Bloody Valentine or Serge Gainsbourg.
But Josh Carter and Sarah Barthel, the duo that make up Phantogram and who grew up in the even smaller nearby municipality of Greenwich, have flourished in Saratoga. In fact, the town itself isn’t rural enough for their taste – they drive almost every day another 45 minutes into upstate farmland to a barn they call Harmony Lodge to write and record. Serving as their homemade studio/practice space/think-tank/bat-cave, the barn is equipped with various samplers, tapes, records, synths, drums, and both percussive and stringed instruments. It’s there that Phantogram allows their natural surroundings and metropolitan influences to meld together creating beautiful, beat-driven dreamlike pop songs. 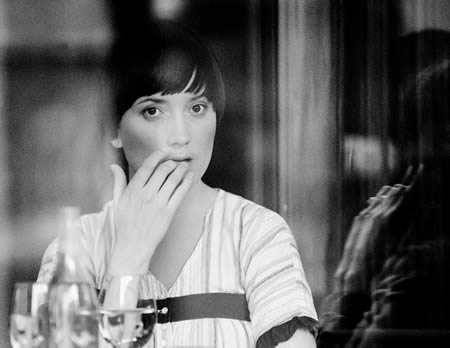 I would love to do a remix of this cover.  This is a cover of an Animal Collective track called, “My Girls”.  Taken by Trees is the moniker used by Victoria Bergsman, whom you might  recognize  as the voice from Peter Bjorn and John’s, “Young Folks”.  The  instrumentation  on this track reminds me of Vampire Weekend.

There isn’t much that I feel I need
A solid soul and the blood I bleed
But with a little girl, and by my spouse,
I only want a proper house
I don’t care for fancy things
Or to take part in the freshest wave,
But to provide for mine who ask
I will, with heart, on my father’s grave
On my father’s grave
(On your father’s grave)
I don’t mean to seem like I
Care about material things,
Like a social status,
I just want
Four walls and adobe slats
For my boys

Audio Drums has been selected to be featured on “BlogSpot,” a weekly radio show on WVUM, 90.5 fm, Miami!  Tune into the live stream on Monday, March 16, from 7-9 pm at http://wvum.org/ , to hear a set of choice Audio Drum tracks  and learn a bit about the  background  of my site and favorite artists.