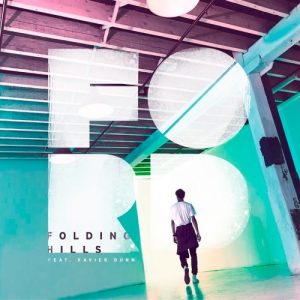 I like the production and arrangement on this, it grooves and rolls right to the end.  Oh, plus i’m a sucker for whistling in a track.

18 year old self-taught producer and multi-instrumentalist FØRD from Byron Bay, New South Wales, Australia, is about to start really turning heads. Combining walls of luscious synthesizers, punchy hip-hop beats, and house-inspired vocal hooks, FØRD demonstrates an exceptional musical aptitude, bouncing between Future Bass, Moombahton, Pop and Hip Hop. The young musician cites influences ranging from Metallica to Chopin, and even though this is only his second original release, he’s already developed a distinctive sound all his own.

It’s no secret Australia has a knack for fostering the intensely rapid growth of a number of very young producers. Flume, Wave Racer, Hayden James, Cosmo’s Midnight, the list goes on… Enter FØRD, whose teenage years have been a whirlwind of thrills: Ableton Live courses completed, moves from Sydney to Byron undergone, schools dropped out of, albums recorded, managers found, international artists collaborated with, and ping pong with Flume played; mostly in that order and all before he could legally buy a beer.

FØRD made his worldwide debut in March with “Take You Down” feat. Grace Hughes. It was called a “Future Bass masterpiece” by Music Is My Life and was lauded by tastemakers such as Future Classicsand Australia’s triple j unearthed. Last week he released “Touch”, a high energy fusion of electronic and hip hop featuring New York rapper Fueg. EARMILK praised it for its “forward-thinking edge”. Now with “Folding Hills”, the young producer has shown incredible versatility. It’s a smooth electronic pop production with with gorgeous falsetto vocals courtesy of Spotify Viral chart-topping singer Xavier Dunn, who first became known for his sweetly sung folk covers of pop songs like Iggy Azalea’s “Fancy” and A$AP Rocky’s “Fuckin’ Problems”. Another outstanding collaboration, FØRD’s “Folding Hills” is a song for the summer, ideal for cruising along the beach with the top down and your significant other in the passenger seat.