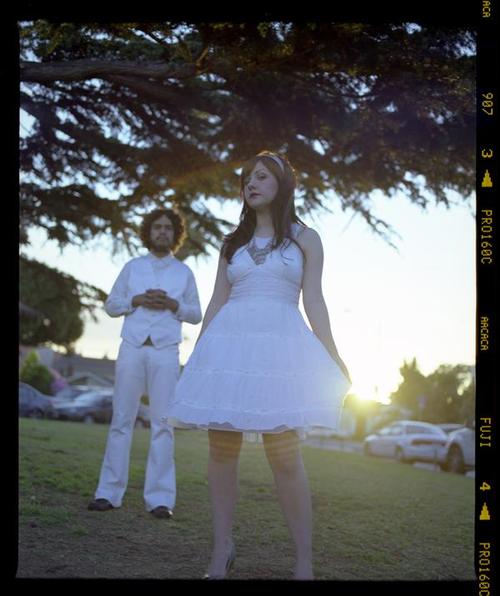 Alluring, beautiful, and all the while psychedelic is the best way to describe this track from Blank Blue.   Love the edits and effects used on it.

lvin Estela, aka Nobody, met Niki Randa at Fingerprints, an indie record store in Long Beach, California, where they have worked together since 2001. Estela was mulling over ideas for a sequel to Pacific Drift, his 2003 release on Ubiquity, and realized that the album he wanted to make needed only one vocalist. He had often heard that “Niki can sing!” and eventually would give Randa a CD-R of beats and tracks that he was considering for his new album to see if she was interested in being the one. In December 2006 the first of their collaborations was finished and given the working title “Sonic What?!” Excited with the results, Estela immediately told Randa about the concept for an album which had come to him in a series of nightmares. Shortly after the two ventured to a book store during their lunch break, grabbed a book blindly, opened randomly, and put Randa’s finger to a page which read “Blank Blue.” The god’s had christened their project (it’s both the album’s namesake and the name given to the collaboration between Estela and Randa) and for the next twelve months, Estela and Randa would eat, sleep, drink and smoke Blank Blue.

Blank Blue – In The Swim